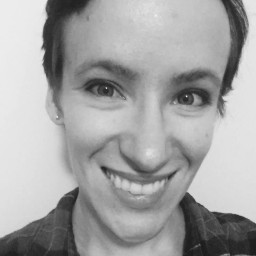 Ancient aliens is a ridiculous show that somehow captures viewer’s attentions and keeps people talking. How is it so persuasive? I reveal their secret in this blog post.

What is “Ancient Aliens” and Why Should I Care?

Ancient Aliens is a show on the History Channel that’s aired for 11 seasons as of the writing of this article. The show as one “big idea”: Aliens exist and have affected human history since the beginning of time.

If you’ve ever seen a show with this guy, you’ve watched Ancient Aliens:

As an entrepreneur or marketer, you should care about Ancient Aliens and its success. Ancient Aliens has done what others have failed to do, which is bring the ideas of “wackos” to the mainstream. With each episode, they convince viewers that aliens are real. And they do it via a persuasive method of writing and presentation that slowly sucks you into their world so they can sell you on more stuff.

The products? Their myriad of publications, books, videos, and conferences (AlienCon!) whose profitability relies on the idea that aliens are real. And the show’s gone on for 11 seasons, so obviously people are watching it.

The Ancient Aliens formula is simple enough. It goes like this:

To see the formula in action, let’s look at one episode: Season 7, Episode 15, entitled “Hidden Pyramids”.

Implementing The Ancient Aliens Formula in Your Copywriting

Your content should push prospects through the funnel via education, step by step, until you take your ideal prospect from unconvinced to your greatest believer.

To figure out what your prospects need to know, ask yourself:

One example of something that must be believed, if you’re a consultant, is that you’re worth the rates you charge. You accomplish this by setting yourself apart as an expert, rather than a commodity consultant.

Another example is that the prospect must believe that he or she is capable of achieving the goal objective you sell. So, if you help your clients achieve weight loss, you must help your prospects believe that it’s possible for them, too. You do this via testimonials, case studies, your own discovery story, and so forth.

* this is an affiliate link. Just do some Google searching for the title if you’d rather those pennies stay in Amazon’s/whoever’s pockets instead.

Subscribe to our newsletter to keep up with the latest trends!

Please log in again. The login page will open in a new tab. After logging in you can close it and return to this page.